We are currently in the process of recertification of our acclaimed Preschool drop-off program in our new space at 41 White Street, and anticipate we will be accepting applications for the 2019-2020 school year.  During this transition, our commitment to Early Childhood music and art experiences remains strong!

We are excited to offer our popular Little Creators program, as well as our Explore! series, to our families with children ages 16 months – 5 years that are interested in an immersive arts education curriculum.

At Church Street School, art and music are the catalyst for learning and discovery. Every day we encounter math and science as we count rhythms and articulate patterns in music; we support language acquisition as we sing the alphabet together and enjoy storytime; we develop gross and fine motor skills as we manipulate a paint brush and dance to the piano. And most importantly, we help each child prepare to be lifelong learners and discover their own, invaluable creativity and curiosity.

Our music curriculum uses the Dalcroze Eurhythmics approach, emphasizing whole-body experience and improvisation with rhythm instruments and voice. We incorporate music and movement activities throughout the day with ear, mind and body working together.

“Children who have had the opportunity to grow and thrive in an environment that supports curiosity, discovery, and creative expression have more self-confidence. They are more self-aware. This may be the most important gift we can give them in this complex and ever changing world.”

Little Creators is an ideal supplement to a traditional preschool drop-off program for children who are not enrolled full-time, have a day off when their regular school is closed, or are struggling with separation.

Little Creators offers a place for children to explore first art experiences and make friends with no pre-registration necessary. Each morning includes a music or art class plus open play and story time.

Join us for a 90 minute, or full morning, session!

We are passionate about providing exciting and nurturing educational experiences that prepare young people to be creative and enthusiastic lifelong learners.

Lisa Ecklund-Flores holds a Ph.D. in Developmental Psychology from the City University of New York Graduate Center. She received her Dalcroze Teachers License in 1987 from the Dalcroze School of Music in NYC under Dr. Hilda Schuster. A registered music therapist and NYS certified music teacher, Lisa received her Bachelor’s degree from SUNY Fredonia in 1980 and her Master’s degree from Hunter College in 1992. In addition to founding, directing and teaching at Church Street School for Music and Art, Lisa has taught at Greenwich House Music School, Diller-Quaile, Brooklyn College Preparatory Center and The Washington Market School. Lisa is an educational consultant for the Nickelodeon show Blue’s Clues, and is also a professor at Mercy College and a research scientist at New York State Psychiatric Institute.

Angela Jaeger is a singer, performer and a NY State Dept. of Education certified early childhood educator. Born and raised in New York City, Angela studied voice at Third Street Music School and musical theater at SUNY Purchase. Her studies brought her to London and Barcelona, where she worked with an extensive group of musicians including post-punk bands Pig Bag, The Monochrome Set and pop producer Trevor Horn. Angela holds a masters from Touro College and has completed training in the Responsive Classroom model and the Mindfulness in Education program at Omega Institute. Angela was the choral director at PS 234, where she developed the 4th & 5th grade chorus, and created an intergenerational learning partnership with The Caring Community Center. She has also taught at LREI and Music Together. 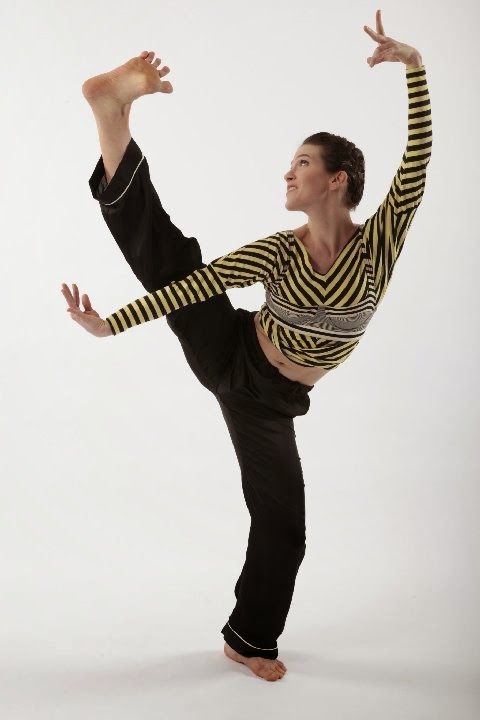 Cori Kresge has been a member of the Church Street School staff since 2015. She loves working with children of all ages, teaching dance technique, improvisation, and exploring the arts.Cori has a BFA in dance from SUNY Purchase and has studied dance and music in Bali, Indonesia with a Daramasiswa Scholarship.

As a professional dancer, costume designer, teacher, and singer she has performed and toured internationally on works for stage and film with the Merce Cunningham Repertory Group, Steven Petronio Company, José Navas/Compagnie Flak, Rashaun Mitchell + Silas Riener, Charles Atlas, and others.

She is ecstatic to be combining her loves of music, movement, art, storytelling, and play in the Little Creator classes!

Ruby is an actress and comedian in New York City. She graduated from Bennington College with a focus in performance and film. She has performed her work at MoMA, PS1 and the New Museum, as well as a plethora of comedy venues across the city. She applies a personal approach to teaching performance and theater at Church Street School, with an emphasis on monologue and narrative construction.

“Church Street School’s teachers – each individually – showed patience and genuine kindness. They were such a pleasure to work with.”

We are passionate about providing developmentally appropriate educational experiences that prepare young people to be creative and enthusiastic lifelong learners.

Our approach placing art, music, and play central to early childhood education (as opposed to a segregated curriculum) is supported by the latest research in cognitive development and education.

Click through  to read more about creativity and play in early childhood education:

Child Development in the Age of Technology

Art and Music and Child Development.

Questions? Give us a call!

Learn about our staff

See what makes our staff unique